Perseverance, hard work and dedication has finally paid off for Phil Bellingham who last weekend qualified for the Dresden – West Germany World Cup Sprint after many years of trying. Phil, congratulations, a top effort.

For those members not familiar with XC Sprint Racing the skiers race an interval start time-trial over the course distance of ~1.5km. The top 30 skiers then move onto the heats which there are five of with six skiers in each. Phil achieved a 27th placing in the time trial. His first top 30 placing in a World Cup. The top two place getters in each heat then move onto the semifinals which there are two of. Then the final is conducted with six skiers. 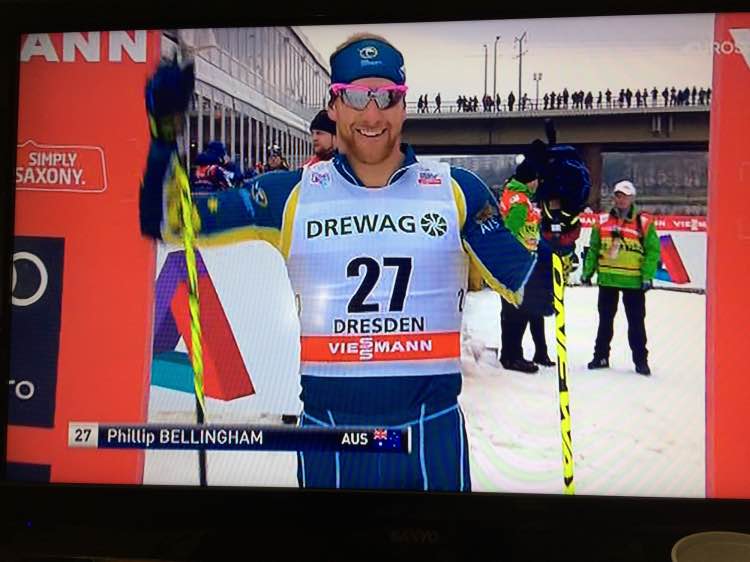 Phil Bellingham acknowledging the crowd at the start of his heat. 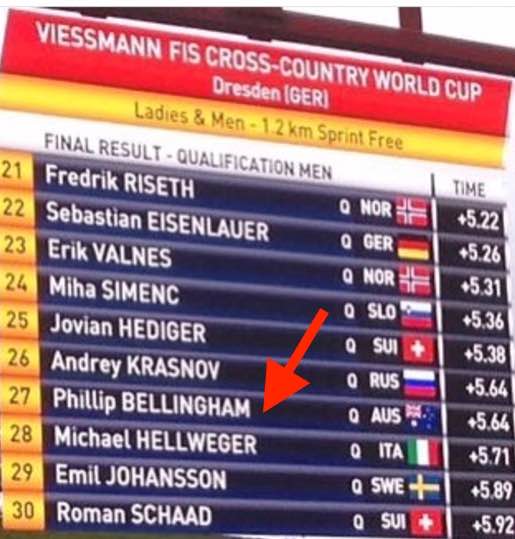 Phil’s qualifying position in the time-trial