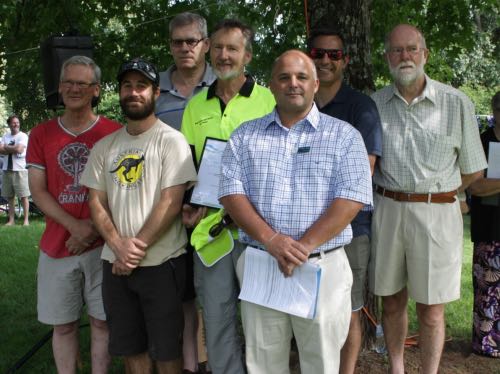 The Alpine Shire 2016 Organisation of the Year was awarded to the Birkebeiner Nordic Ski Club Search & Rescue Group which has been called-out for rescues in the region’s high plains and remote areas 80 times since its formation in 1982 (33 years). The Group was formed through the initiative of Bruce Vine.

On searches, the Group works under the direction of the Victorian Police S&R and is affiliated with Bush Search & Rescue – Victoria.

This award is great recognition for many years of community service from the Club’s S&R Group. Congratulations.

This entry was posted in Information, Search & Rescue. Bookmark the permalink.