Birkebeiner has another two representatives at a Winter Olympic Games. Yesterday Esther Bottomley and Philip Bellingham were named to the Winter Olympic Team to compete in Sochi, Russia 7-23 February 2014.

This will be Phillip’s first Olympics, and Esther’s third, having competed in 2006 at Torino, Italy and in 2010 at Vancouver, Canada.

Congratulations to Finn Marsland, club member and High Performance Manager and Coach who will be coaching at Sochi. This will be Finn’s third Winter Olympics having also coached at Torino and Vancouver.

The club is very proud of their achievement and we wish them every success in Sochi. They join the following club members who have represented Australia at past Olympics:

<http://sochi2014.olympics.com.au/news/australia-s-biggest-winter-team-ready-for-sochi> Then on that page, click  “Cross Country athletes carve their slice of history | Team Selection” 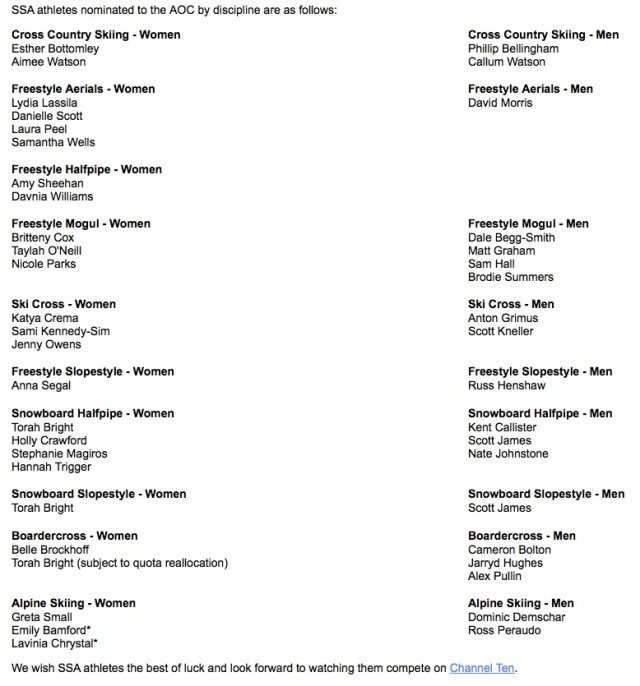